My buddy, Ryan. This is a pretty lackluster introduction, right? Don’t worry, the story of Ryan is much better than the introduction than I have given for one of my best friends. This man has been following his dreams since the day that I met him. His goals then were much different than the goals that he has established for himself at this point in life. It’s been quite a ride and I’m sure he’d agree.

Ryan LaCosse is a man of many talents and a person whom I wish I could model myself after, in motivation and drive. Ryan has been a college graduate, rapper, radio guy, mobile DJ, son, brother, friend, husband, father and a host for one of the most prominent organizations in North America.

Since the first day I met Ryan, I knew that his talents and his ambition far exceeded anything I would ever be capable of, in the role we played in radio. Little did I know from that first meeting, that we would share many of the same hobbies and friendships.   We went from being basically strangers to best friends within a few months. Who would have known that this guy who came to the radio stations I had been working at would enjoy music that I enjoy? The musical interests we shared were varied and shocking, but they were very similar.   I won’t share them here, but Ryan and I were more similar than I ever thought possible.

Here’s the thing…. When you’re a part-time on-air person, you expect the full-time career guys to have an attitude and ego that is out of this world. Ryan? That’s not him, at all. He’s the most down to earth, reasonable and loveable guy in the world. I know that even putting this in text makes me seem sappy, but I could not care less. Ryan has become more of a family member to me than a friend. The best thing about that, we share several friends in common who would agree with that same statement.

The moral of this story is, Ryan has stepped into numerous roles since I met him, which I always knew he was capable of. I also knew he would excel at these jobs and positions in life. Since the time I met this guy, whom is one of my best friends, he has become a Morning Show host, an Afternoon Show host and a Monster Jam host. The latest of which, is following his dream.

“It’s a truly humbling experience to achieve something that I never dreamed would be possible.” – Ryan LaCosse

Ryan is one amazing dude, seriously. It’s hard to put in to words what this man has been able to accomplish in the time I’ve known him. When he has made goals for himself, he’s accomplished them, plain and simple. I’ve always thought that when he made goals, some of them were lofty, but that’s one of his best traits…. proving me wrong.

Ryan LaCosse can now be seen on Fox Sports 1, hosting Monster Jam. Yep, monster truck racing and freestyle competitions. Ryan, since day one, has been a guy who has not hesitated to showcase his love for Monster Trucks and everything motorsports, so long as they crushed cars and flew high in the sky.   He’s also been deserving of the opportunities he’s received, a guy who has never stopped and never said NO to any opportunity that he’s been given. Call me whatever you’d like, but I want to make sure I show appreciation for the fact that I know this guy and show him how proud of him that I am.

One of my best friends, who has never acted like he’s too good for me and has always responded to messages I’ve sent him, is now living his dream. Congratulations Ryan LaCosse, you deserve every bit of what you have worked towards. 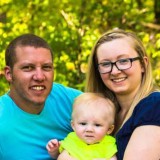 My name is Brandon Battles and I’m a full-time Dad, Husband, Son and Digital Manager! I’m also a Gemini, in case you’re all about people’s astrological signs and what they mean about them. I have many hobbies and little time to complete them all, trust me....or ask my wife. Take a look around the site, hopefully you'll find something you like!

My buddy, Ryan. This is a pretty lackluster introduction, right? Don’t worry, the story of Ryan is much better than the introduction than I have given for one of my best friends. This man has been following his dreams since the day that I met him. His goals then were much different than the goals […]

Hi again or if you’re a new visitor, Welcome!  It’s time to Talk Tech in my weekly blog! Some co-workers and I have recently upgraded our phones to the latest Samsung Galaxy, THE S5.  Yes, I must treat this like all Ohio State University football players, current and former(See “The Ohio State University“).  /end sarcasm. […]

Apple recently held their “Live Stream” event to release the supposed latest and greatest, iPhone 6.  While Apple has done a wonderful job at creating hype and anticipation for every single one of their products. EVERY.SINGLE.ONE.  It astounds me to this day how people can still get behind the supposed “innovations” that Apple is producing. […]